Performance and Luxury have gone hand in hand since the very early days of motoring. The budding auto industry was geared ﬁrst to the rich man who no longer wanted to be dragged around by a horse. In the 1920s, cars like the Rolls Royce Silver Ghost proved their meddle on the track, such as the infamous Brooklands track, where it went 109 miles per hour.

Then you had the great grand Prix racers, where the ﬁnest of luxury automakers, Mercedes-Benz, Bugatti, and Alfa Romeo to name but a few, sold their great big luxury cars by winning on the track. And you could order your ﬁne European roadster with an exact replica of a racing chassis. In the US, Duisenberg proved their quality at the Indianapolis 500, repeatedly.

Luxury cars get big and thus need big engines to haul them around. You have a ton of power, and the driver needs to be in control of it at all times. Slowly but surely, these big lazy luxury cars become tire smoking, alpine attacking monsters, and then they become sports cars. 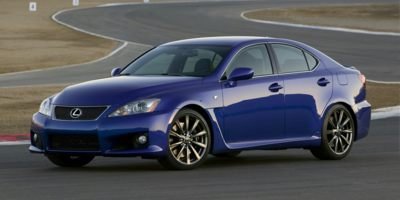 Lexus is a brand that is known for setting the standards of budget luxury, and although it may try, they will never have proper sporting credentials. However, the IS-F is one hell of a go at it. The IS-F comes with a 5.0 liter V-8 that produces 416 horsepower and an 8 speed paddle shifted automatic transmission that sends the power to the back. It comes with all the proper Lexus equipment inside; they don’t scrimp on anything. MP3 connectivity is standard, as is a Sirius Satellite radio, navigation and a 13 speaker system. But the IS-F has more to offer than just some luxury bits. At all four corners are forged 19in alloys with low proﬁle rubber and Brembo disc brakes. The springs and shock absorbers were developed by Sachs, and the traction control and stability control have been perfected by Lexus. You can have this Lexus for $61,000. 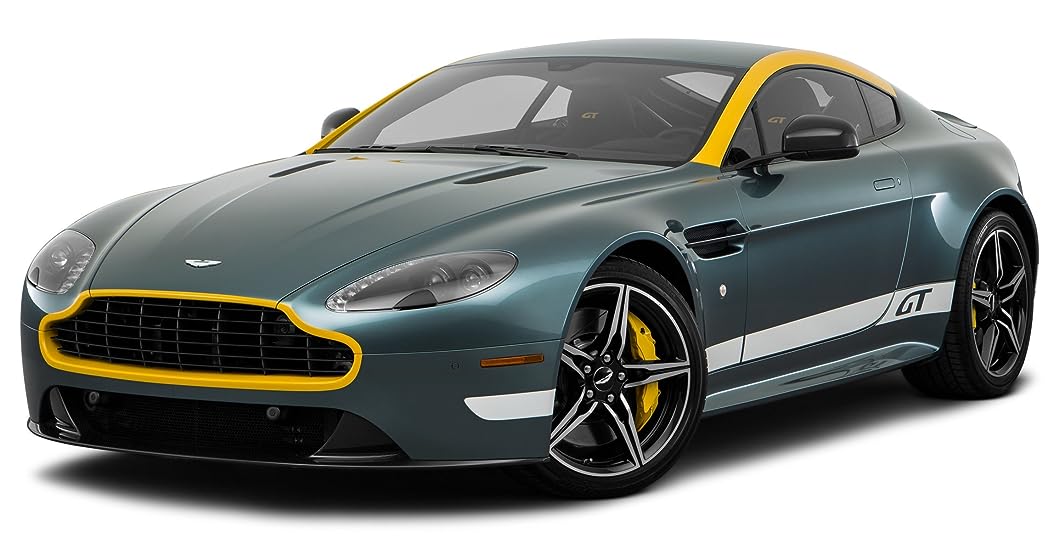 Aston Martin is one of those companies that are all about the name. They are a suave, English company. But rather than conjure up images of the Queen, crumpets, and tea, Aston Martin is an image of racing heritage and ﬁne luxury cars. Aston Martin keeps that image alive with the V8 Vantage S. This can easily be called the Baby Aston, but forget about that for a moment. This is a proper sports car with a 4.7l V8 cranking 430 horsepower, and weighs in 3500 pounds. The S model sports bigger brakes, stiffer springs and shocks, and a tuned steering rack. This car becomes fun, responsive and quick. Inside is a ﬁne, walnut trimmed interior, and gone is the archaic Volvo infotainment system, replaced by a newer, bespoke system. All of this for $140,000. 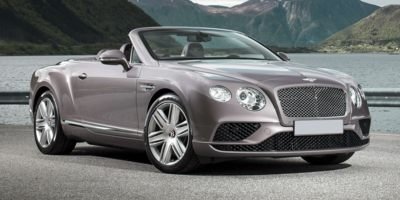 Bentley is another high octane name in luxury sports car racing. Bentley raced with success many times over the decades since being founded. These racing cars were built for playboys and Gentleman Racers, and the quality was and always has been superb. Bring it forward to the 21st century, and Bentley is in a whole other league. The Continental GT is a proper touring car. It has a 6.0l twin turbocharged W12, pumping 567 horsepower with reﬁnement like no other car. The automatic gearbox sends the power to an AWD system with a 40-60 rear bias, giving the driver maximum grip and control. Inside is a very large and typically English interior. It is decked out with the 100 year old English walnut, and leather that is searched thoroughly for even the tiniest of blemishes. The bucket seats wrap around the driver and passengers and are fully electronic controlled. The Bentley Continental GT can be yours for $190,000.

Mercedes both birthed and perfected the automobile. Their luxury cars are superb, with performance to match. The SL550 packs a twin turbo 4.6l V8, making 429 horsepower. It has a 7 speed dual clutch gearbox and a folding hardtop. While you drive you can press a button and the roof folds into the trunk. You have wind detectors, neck warmers, noise cancellation, and a 600watt speaker system. You can cruise quickly, effortlessly, with all of the bells and whistles, for $105,000.

Cadillac has absolutely no sporting credentials. For decades, they were known as the car for either old people or, shall we say, personal managers. The CTS-V coupe is however a well sorted luxury sport car. Cadillac no longer makes the cliché “boat,” so the CTS-V has to be well sorted. No longer is their limp-wristed, smog-bogged V8, but a supercharged 6.2L V8 developed from the Corvette ZR1, producing 556 horsepower. Power is controlled via either a 6 speed automatic or manual. Inside, their is room for four in plush leather bucket seats. You are surrounded by the best plastic GM has ever produced. Despite that, the CTS-V’s interior is well designed, roomy, and easy to manage. And this at the cost of $63,000, a bargain compared to all of the other cars listed here. 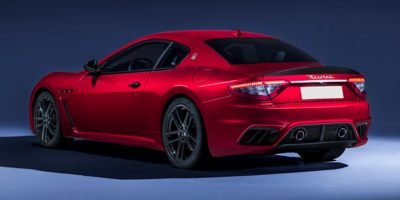 Maserati is a storied brand, starting in the 1920s. In modern times, they are known to take some of the most luxurious Italian sports cars. The Gran Turismo MC is a beautiful car, powered by a 444 horsepower 4.7l V8. The driver controls the power with a paddle shifted 6 speed automatic. The inside is decked out with the ﬁnest of Italian leather and extraordinary craftsmanship of the carbon surrounds and beautifully engineered dash. At all 4 wheels, there are forged 20in wheels and Brembo brakes. And you can have this Italian exotic for $131,000.

Jaguar is another company born from racing. Their succeeding road going sports cars have always been the stuff of legends, cars like the XK120 and the E-Type are glorious icons of sporting heritage. The XKR-S is the latest and greatest in this line of sporting luxury cars. Forget the touring background of the standard XK, the XKR-S cranks over to 11. Under the bonnet is a 560 horsepower, supercharged 5 liter V8, coupled to a 6 speed paddle-shifted automatic. Power goes to the rear wheels. This is a proper English playboy racer. This car is not about ﬁnesse and precision but raw power and tire smoking fun. Gone is the ﬁne leather and walnut trim, the XKR-S is decked out with Alcantara bucket seats and a carbon ﬁber dash. But the seats are still fully electric and the transmission is still an automatic. Fast and Luxurious, at a cost of $132,000.

Porsche is a well known maker of some of the greatest sporting cars ever made. But how do they do at making a luxury one? The Panamera is a four door with all of the fun sports goodies. A big twin turbocharged 4.8l V8 makes 550 horsepower, has a 7 speed dual clutch, and an AWD system. Inside you have all of the goodies you would expect from a German company. But this being a Porsche, this has the proper driving feel. The steering was developed by Porsche, not their big brothers Audi, so you know it will tract and feel perfect. Inside is all the room in the world, which you would expect when paying $173,000.

BMW says they make the Ultimate Driving Machine. The M5 has been a staple of the BMW M-Division stable for 27 years. This generation is the ﬁrst to be turbocharged, and its twin turbo 4.4l V8 is making an impressive 560 horsepower. BMW goes througha special effort to keep this car sporting in an age where sports cars are getting heavier and more remote to drive. BMW retains the hydraulic power steering for both its light weight and its feel, integrates carbon ﬁber into the roof for its lightweight, and has one of the very few truly independent suspensions. These make the M5 a truly awesome car to drive, despite being constructed from the highest of quality materials and having gobs of room inside. Prices for the F10 M5 start at $90,000. 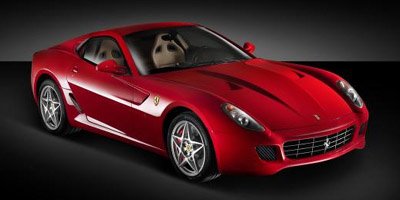 This is a Ferrari masterpiece. Ferrari’s grand tourers are the epitome of sporting luxury cars. Pulling this car is a 612 horsepower, 6 liter V12, mated to either a 6 speed manual or 7 speed paddle shift gearbox. That is alot for any car. Inside you are treated to the ﬁnest Italian leather, constructed by specially trained young women in the Maranello factory. The electro-magnetic suspension provides a quality ride that is soft when you want to cruise, and hard when you need the highest amount of grip and stability, all controlled by the Manettino switch on the steering wheel. And you can option a custom built luggage set to match the interior of you $310,000 Ferrari.