Their is just something about the driving enjoyment you get out of a retractable hardtop convertible. Having the option to enjoy the open air with the flip of a switch is AWESOME! Let’s say you are cruising along a mountain road and the sun pops out from behind the clouds and in seconds you can have that wonderful sun shining down on you; wind blowing through your hair. It truly is a marvelous thing, an experience not everyone can enjoy.

In the traditional roadster or convertible, you are stuck open, and when it rains or it gets cold out, you are forced to hop out of the car and fold the top in a mess. The cloth eventually wears out, and before you know it, you will be just as wet with the top up as down. Modern engineering and design gives the motorist a new wonder; the retractable hardtop car. Automatically, the top goes up, wrapping you in a solid protective shell. And when the sun comes out again, you are able to enjoy the sun in all of its glory, without a care in the world, with no fear of having your excellent day be destroyed by getting dampened.

We Americans have a long history of convertibles as well. Not the knife edge roadsters of the Europeans, however, but the full sized boats that were birthed in Detroit. Cadillacs, Chryslers, Chevies, Fords, all boats. The open road, and a drop top Malibu or Imperial, that is one of the great American romances. For our modern age, Chrysler has produced the 200, which unfortunately is not a boat. For a bargain $26,995 you have Detroit’s best roadster, based on the Sebring of old. You have a 283 horsepower 3.6l V6 under the hood, if you were so inclined to buy a modern American roadster.

The Eos is one of those cars, that I am sad to say, is attached to a stereotype. Yes, it is considered a girls car. Which is a shame really, because this is a properly good car. For the fair price of $34,000, you get a fair amount. Keyless entry, remote starter, a keyfob controlled hardtop, Sirius satellite radio, and a pyrotechnic roll bar. And with that is the usual Volkswagen reliability. For that price, you are getting a whole lot of car, that can be properly enjoyed, with three friends, I might add. You can lease one for a low monthly payment, see the lease rates here. The best part about the Eos besides the retractable convertible top is the 2.0 liter turbocharged engine. This little beast is the best engine ever made by VW.

The Swedes are the perfect market for the retractable hardtop. Volvo has cashed in on this market with the $45,000 C70. This car is right in the middle of the segment. However, Sweden is not a land known for its sunny coastal roadways and beach babes. It is a cold, hard land. Thus, the C70 comes equipped with heavy duty heating and industrial venting, tactically placed to blow the artiﬁcial warmth onto your neck and face. Perfect for Sweden. The C70 is a great all around vehicle and this is also one of the safest retractable hardtops on the road today.

Their is a curious thing about roadsters. Lexus convertibles are well known as being dreadful cars to drive. You will never hear anyone say, “I had a ﬁne time driving my Lexus.” Take the Lexus IS350. The coupe is a dreary “sports car” with limp suspension and a pitiful V6. However, removing the top, completely changes the spirit of a car. You do not have a “sports car” anymore. You have a pleasure cruiser. With that top down, you do not care that you are driving a Lexus. This car is a prime example of the appeal of the retractable hardtop, at only $47,000. The IS 350C is meant to be a grand touring car where the miles just drift by. If you like to take road trips, this may be the best hardtop convertible for you.

Unlike the British, the Germans do not have a storied history of world class roadsters. When it comes to roadsters, the most recognizable German roadster is probably the 6 Wheeled Mercedes Benz that was the chosen ride of one Adolf Hitler, and was featured in countless propaganda movies. But, in recent memory, who could forget the BMW 328? Cruise the Autobahn on any given sunny day, and you will see many of these. Forget the Autobahn, they are built in the US, and have a large following here. I will say their is nothing extraordinary about these cars. They are however, BMW’s, and their stout service is what lets these $48,000 cars stand out. The I6 under the hood, not hampered by a turbo, sounds particularly great with the top down. But if you really want to get your blood boiling then opt for the 335i retractable hardtop with its turbocharged 300 horsepower engine.

The Japanese are a culture that are not known for roadsters either, but here they are, with the Inﬁniti G37. This is a proper sports car. it has a 325 horsepower 3.7 liter V6, and you can have either a 7 speed automatic or a 6 speed manual, powering the rear wheels. Starting at $51,000, you can add a Bose surround sound system, and intelligent cruise control, for when you are cruising, rather than drifting through the famous mountain roads. The Infiniti G37 retractable hardtop convertible may be the sexiest affordable retractable hardtop convertible car out there.

This on the other hand, is a well sorted sports car. Lets get this out of the way, the SL550 comes with a 429 horsepower, 4.7L V8. Horsepower, however, is NOT the appeal of these cars. The thrill of driving is. Unlike the Lexus, the SL-Series of cars is its own platform of cars, not based on another model. Mercedes Benz knows that to craft a proper roadster, you need to start from the ground up, so that when you have that hardtop down, you can properly enjoy driving fast. The experience of driving fast is ampliﬁed by the sensational wind, both the wind its self, and the sheer noise. The experience is yours for a whopping $105,000. The Mercedes is one of the most popular retractable hardtop because it combines performance, style, luxury, and technology into one great package. 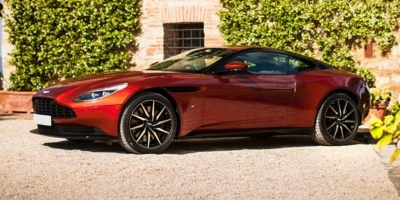 The British have a long history as producing some of the greatest roadsters ever made. Many remember the famous Austin-Healeys, Jaguars, and Triumphs that England produced. Few remember that both the body and chassis’ of the Shelby Cobra were built in Britain. Following up on the historical brands is Aston Martin. The DB9 Volante is a hardtop roadster. Like Sweden, the British are perfect for roadsters. Like the Swedes, the british are doomed to dismal weather, and when the sun shines and shines brightly, they want to enjoy it. But the party piece of the Aston Martin is under its hood. It has a 6l V12 which produces 470 horsepower. In terms of power, it is nothing special, but what is really fantastic about it is the fact that when the top is down, their is nothing on earth that sounds like it. For $212,000 you can have the orchestra that is the Aston Martin DB9 Volante. This exotic retractable hardtop convertible is so good looking it will turn the heads of every single person you pass.